The following list was compiled by combining information from the Ward Line ticketing list, and Francis Crocco’s hand written notes. In the cases of Mr. and Mrs. Filtzer; Anna Behling; Herman Cluthe, and Thomas Torresen and Lester Arriessohn, the cabin numbers were found in the FBI depositions on file with the Bob McDonnell papers at the Titanic International Society.

This list contains the names of passengers known to have been on board and verified through multiple sources. It is as complete as we can make it, but there are some omissions. For instance, a survivor named Kathleen O’Grady appeared on multiple lists of hospitalized passengers issued on September 9th, but did not appear on any of the Ward Line ticketing or cabin lists. Miss O’Grady did not grant any interviews to the press, and so until confirmation that she was a bona fide survivor is found, she has been omitted. The U.S. Censuses of 1920 and 1930 have been invaluable in clearing up some of the more ambiguous passenger names~ Myett Longe, Margaret Lomse, Myrtle Lomse and Margaret Lohse, all of the same address in Richmond Hill, Queens, have now been identified as Mrs. Myrtle Lohse. Likewise, the confusion over the names and ages of the Saenz family has finally been resolved. Wherever possible we have attempted to use multiple sources to insure accuracy. With the exceptions of Miss E.M. Johnson, Mrs. Giannini and Mrs. Brinkmann, we have now determined the first name of every passenger aboard the ship- a sometimes daunting task. “Drena Villehoz” “Irene Villehaft” “Iranio Villehoft” and several other variants of what was obviously the same name stymied reporters, in 1934, to the extent that “Complete name, address, and gender unknown” was occasionally appended to that name on published list of victims. Drena Villehoz now stands revealed as Irineo Villehoz, a man. A single citation, confirmed through records at Green-wood Cemetery in Brooklyn, allowed Mrs. James Dillon to be given the first name Lulu.

The names of the victims are shown in italic. 16 of 20 cabins and suites occupied. Pelvis of body found in hall between cabins 19 and 21. Identified in newspapers as male. None of the 8 suites on B Deck were occupied. Watchman Harold Foersch, known to have been on the bridge with Captain Warms at the onset of the fire, was tentatively named as the body found on the forward starboard promenade deck, under the bridge, on Sunday. The only decking unburned on the entire expanse of B Deck was beneath his body. 206. Dr. Paul Giannini
Mrs. Paul Giannini. Recovered from cabin: Four keys on ring. Watch and chain fused together. Ten pieces of what appears to be bracelet.

207. Mr. Philip Geffert
Mrs. Lillian Geffert. Recovered from cabin: One key, one watch, four coins fused together, fused rosary beads, three pieces of what is believed to be jewelry, one diamond ring.

217. Mrs. Edna Von Pollnitz
Miss Betty Roberts. Recovered from cabin: Two bracelets, two sets of keys- two in each set, one key, four keys on broken chain, band of metal appears to be ring, one part of an earring, one part of a bracelet, four beads. 223. Mr. James Kennedy
Mrs. Ellen Kennedy. Recovered from cabin: One diamond ring, large stone in center (diamond) and three chips on each side- six in all. One ring, large oblong
stone in center and one diamond on each side. One ring unable to determine stone. Stateroom key and four other keys on ring. One bracelet, wrist watch, one set of cuff links. Three pennies fused, two pennies fused, what appear to be a quarter and a nickel fused. Two dimes fused together, one nickel, two cents, two quarters, two coins undetermined.

224. Occupant Not Known. Recovered from cabin: One ring, two keys, one cross, one brooch, one coin, U.S. Marine emblem.

230. Miss Ann Conway. Recovered from cabin: One pair of earrings.

232. Mr. Philip B. Newmark
Mrs. Dora Newmark. Recovered from cabin: One dinner ring in three pieces in which are set several stones, possibly diamonds. Cigarette and compact case, one key, four coins appearing to be pennies, one Cuban centavo, one pair of cuff links, brooch with initials D.N. 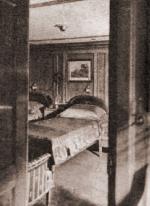 238. Mr. Reuben Holden
Mrs. Grace Holden. Recovered from cabin: One bracelet in two pieces- 21 diamonds set in one piece, two diamonds set in other piece. The piece with two diamonds is fused to a brooch in which are set twelve diamonds. One diamond appears to be 3/4 karat. One mesh bag, one filigree brooch, fifteen keys, one watch, one ashtray, 16 coins, one medal, one tile, eight small clay figures, part of earring, one pendant with white stone. 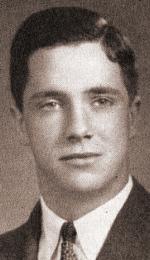 250. Mr. Irineo Villehoz. Recovered from cabin: One ring (appears to be), one stone, three pieces of watch chain. 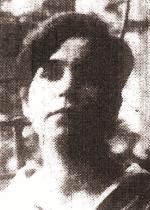 302. Miss Camilla Conroy. Recovered from cabin: Two keys, one crucifix, part of a medallion, two brooches, several coins and a good luck piece fused together, part of a bracelet. 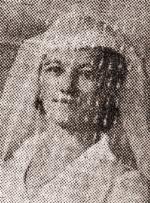 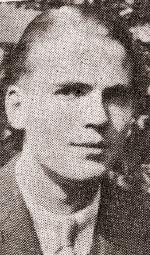 (?) (?) Miss Madeline Desvernine. Boarded in Havana. Shared a C Deck cabin with another woman, by her own account. Cabin was on the starboard side, according to the account of her cousin, Miss Alice Desvernine.

Morro Castle: Crew List    This list was compiled from the Ward Line crew manifest located in the Crocco papers, and is as close to accurate as I can make it.  The manifest of the September 1st voyage appears to be a photostat of a carbon copy and, in places, is all-but-unreadable.  Any questionable names were compared with names on the manifests for the Morro Castle‘s final three completed voyages, which can be found at www.ancestry.com. There are many discrepancies between the four lists (for instance, Hiram Gastambide is listed as Gastenside, Gastenbide and Gastambide, with equal frequency throughout 1934) that I have tried to reconcile through newspaper lists and SSDI. In several cases, crewmembers known to have been on the final voyage (Pond, Brodkin, Kirby, Bogeti) did not appear on the final manifest.